Joseph Brown was born in 1909 as a son of Russian immigrants in Philadelphia, United States of America. At the age of 18 he was the recipient of a football scholarship from Temple University in Philadelphia, where he studied physical education. Shortly before he was to graduate, he left university and became a professional boxer. Following an injury, Joe discovered he had a weakness for sculpture and devoted more and more time to the arts.

In 1931, Joe Brown returned to Temple University and completed his studies. Having recognized, that movement through sport and play is important for the development of young people, Joe Brown turned his attention to play equipment for the first time in 1950, examples of which he presented to the general public at the National Recreational Congress in St. Louis in 1954.

He developed what he termed play communities, which drew attention both for their sculptural character and their play function. Joe Brown is thus also regarded as a pioneer of modern play equipment culture, having been one of the very first to define play as preparation for the responsibilities of adulthood.

In 1959, Joe Brown published a book called Creative Playgrounds and Recreation Centres containing the designs of his first spatial rope play equipment. He derived his play concept for rope play equipment from a classic boxing ring.

Ultimately, Joe Brown became an instructor in art and taught sculpture until his retirement in 1977. Joseph Brown passed away in 1985 in Philadelphia. In Germany, it was Conrad Lehmann who further pursued the idea of rope play equipment.

Then in the early 1970s, these designs were developed to the mass production stage using the technical expertise of the Berliner Seilfabrik.
As an acknowledgement of and homage to the pioneer of rope playing units, the Berliner Seilfabrik revealed a new playing unit in the autumn of 2014 – the “Joe Brown Collection“ consisting of the worldwide first rope play unit with an outer structure made of wood. 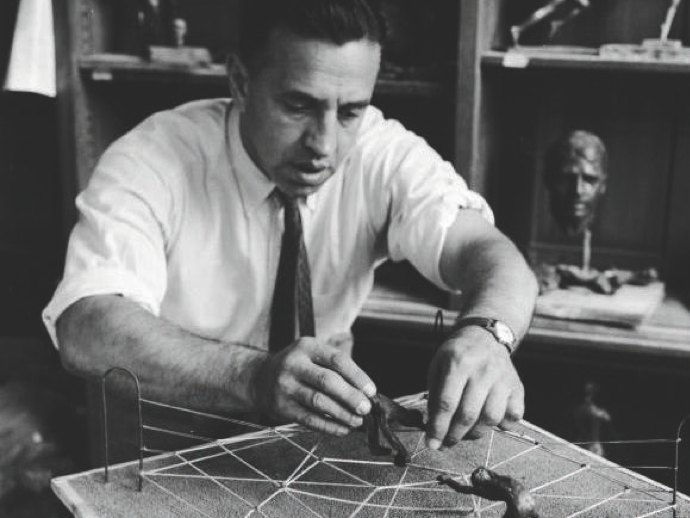 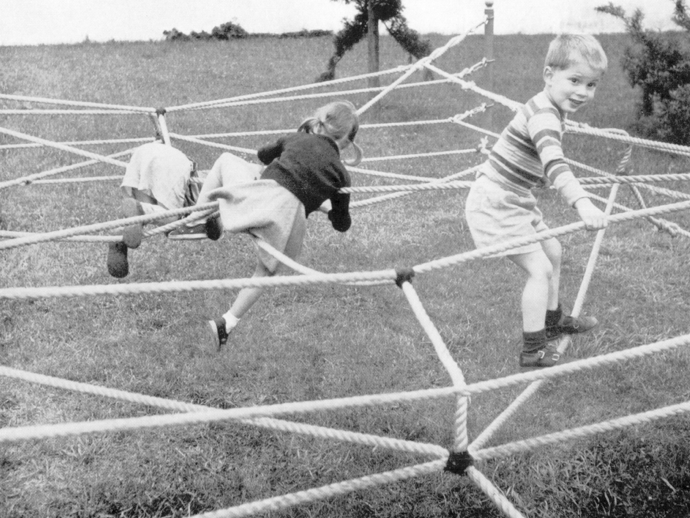