Central mast play structures with a five-way tensioning system that offer plenty of room to play right to the top.

There is enough space in our central mast play structures for a number of children to enjoy the thrill of playing at great heights simultaneously. Cumbersome rope-work knots are avoided thanks to our use of tried-and-tested cloverleaf rings for the spatial net’s intersections. These rings also allow ropes to be replaced individually.

Plenty of room to play right to the top

Our Polygodes are available in three basic forms, each varying in its number of anchor points. Both the Tetragode and Trigode models exhibit classic, architecturally influenced lines. The Trigode’s rope net is anchored into the ground at three points, whereas – as its name suggests – the Tetragode extends from the central mast outwards in four directions to create its play space. Intersections where one rope terminates are secured by T-connectors. The tensioning system for these structures is housed in the foundation tubes. Not only does this protect them from dirt and moisture. It also simplifies any re-tensioning of ropes that may be required, ensuring that the surrounding impact protection material need not be removed to gain access to the ropes.

The shape of the Pentagode offers even more space in which to climb. Its pagoda-like proportions lend an exotic touch to any playscape. Its umbrella-like spreader bars extend outwards from the central steel mast, supporting five double guy ropes and giving the apparatus its characteristic appearance. This pentagonal form creates an especially large space in which to climb. The five-way tensioning system guarantees maximum safety. One technical innovation is the new tensioning system, which enables the entire rope net to be tensioned via a special mechanism at the masthead. This avoids the need for any tensioning points at ground level. All five external foundation points are located within the footprint of the impact protection zone. This ensures that no adjoining areas need be factored in during the planning stage. 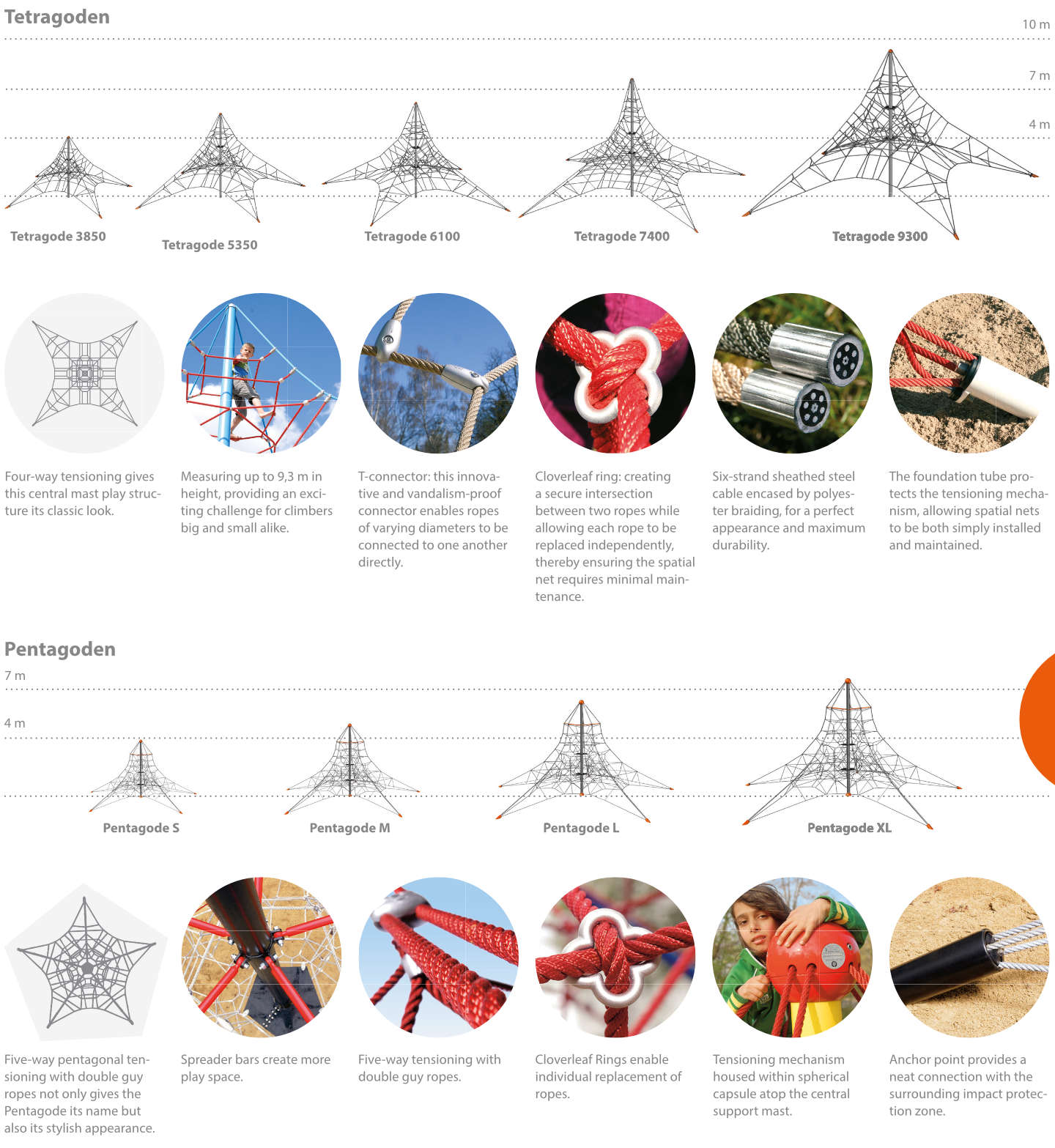